WE THE PEOPLE: Portraits of Veterans in America

"We the people—these words embody the ethos of what it means to be an American citizen. As individuals we are a tapestry of colors and creeds; united we are a nation committed to preserving our hard-earned freedom. In this heart-stirring collection of watercolor portraits of military veterans—one from each of the fifty states—artist Mary Whyte captures this ethos as well as the dedication, responsibility, and courage it takes to fulfill that promise.

We the People is not only a tour across and through these vast United States, it is a tour through the heart and soul, the duty and the commitment of the people who protect not only our Constitution and our country but our very lives. We can only be deeply grateful, inspired, and humbled by all of them."  -- South Carolina Press

We The People from Chris Weatherly on Vimeo.

More Than a Likeness

The University of South Carolina Press releases a 248-page biography on Mary Whyte titled, More Than a Likeness: The Enduring Art of Mary Whyte.  Written by Martha R. Severens, esteemed author and former curator of the Greenville County Museum of Art.  The biography features Whyte’s works spanning 50 years, from childhood to present day.  A stunning art book featuring over 200 images of Mary Whyte’s paintings and drawings.  Art historian Martha Severens clearly and eloquently illustrates how Whyte’s art has been shaped and how the artist forged her own place in the world today.

The 152-page book written by Mary Whyte and published by University of South Carolina Press includes two decades' worth of Whyte's watercolors depicting a select group of Gullah women of Johns Island, South Carolina, and their stories. Descendants of lowcountry slaves, these longtime residents of the island influenced Whyte's life and art in astonishing and unexpected ways. Whyte has devoted twenty years to painting the Gullah culture and its remarkable women, resulting in a series of watercolors that would change her life and artistic focus. For anyone who has loved the South, Down Bohicket Road is a rich, visual tribute to friendship that crosses cultural and racial borders and reaches straight to the heart.

“The extraordinary work of Mary Whyte, who could easily be named the first visual poet laureate of South Carolina, is astonishing on the very face of it. When I grew up in Beaufort, South Carolina, Ruby Ellis Hryharrow, a friend’s mother, was known as the best watercolorist in town. The artists of those early times formed a club of their own, but Mary Whyte’s work is in a league of her own. She is painting a South Carolina I thought only a poet or novelist could create. Mary Whyte has made South Carolina a kingdom of her own, and my God, this woman can write and paint.”
-- Pat Conroy, Southern Writer 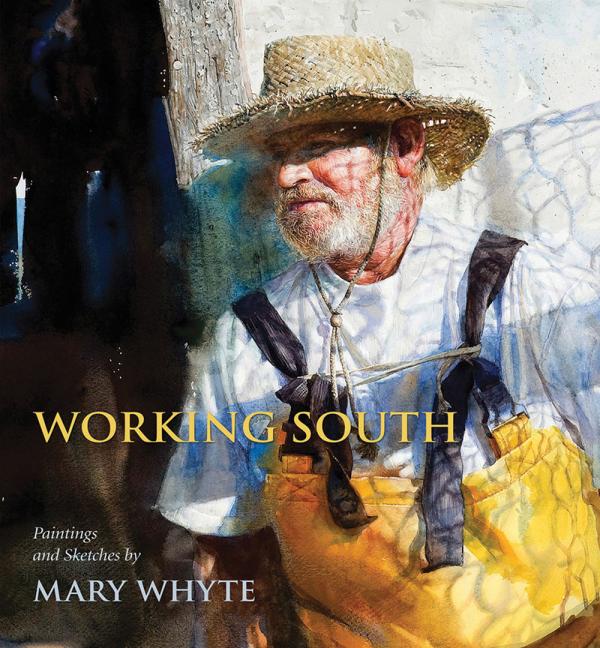 In Working South, renowned watercolorist Mary Whyte captures in exquisite detail the essence of vanishing blue-collar professions from across ten states in the American South with sensitivity and reverence for her subjects. From the textile mill worker and tobacco farmer to the sponge diver and elevator operator, Whyte has sought out some of the last remnants of rural and industrial workforces declining or altogether lost through changes in our economy, environment, technology, and fashion. She shows us a shoeshine man, a hat maker, an oysterman, a shrimper, a ferryman, a funeral band, and others to document that these workers existed and in a bygone era were once ubiquitous across the region.

Painting Portraits and Figures in Watercolor 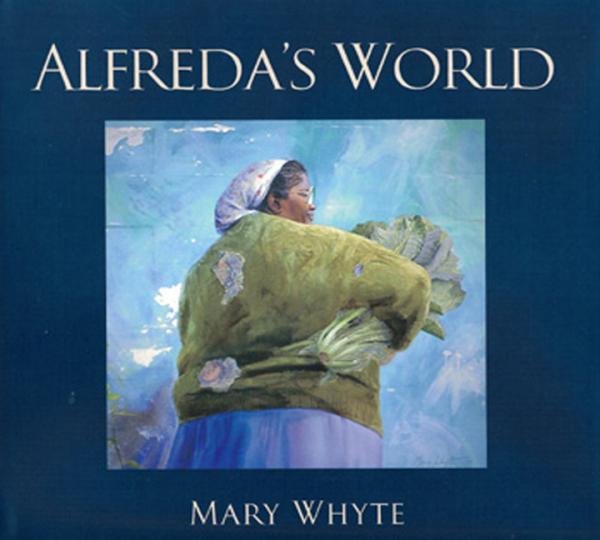 Several years ago, Mary Whyte moved to a small South Carolina barrier island.  Quite by accident, she met a group of senior citizens who were making quilts in a small abandoned church. Longtime residents of Johns Island and descendants of slaves, this extraordinary group of African American women welcomed Whyte to their community and changed her life and paintings in astonishing and unexpected ways.

Chronicled in dialogue and images are the Gullah way of life and the evolution of an incredible friendship between the artist and Alfreda LaBoard, who became the subject of many of Whyte's paintings. Whyte uses the watercolor medium to produce rich dark tones and textures. Her combination of tightly controlled brush strokes and loose broad sweeps of washes, coupled with contrasts of light and dark, produce a level of intensity not usually associated with watercolor.